Our church has an ESL (English as a Second Language) Ministry and we share our facilities with a south Asian congregation.

We look like we don’t have much in common.

I don’t speak their language, many of them are still learning English, the worship styles of the two congregations are very different and I’m sure we have different food preferences.


Yet, I really do have a lot in common with my south Asian friends. We both have a deep love for Jesus, a commitment to the gospel, and amazing stories about how the gospel has transformed our lives.


I probably have more in common with my south Asian friends than I do with many of the people in my own neighborhood, who drive similar cars, have the same kind of dog, and whose kids attend the same school, but don’t know Jesus.

You see it’s a relationship with Jesus that unifies us. All our differences are small when we look at how Jesus has saved us.
When the south Asian congregation was forming in our area we helped them in every way that we could. When they decided that they wanted to be part of our denomination we were their sponsoring church.

Imagine if we had gone with representatives of the south Asian congregation to our local associational meeting and when we voted to bring them in said something like, “They can join the denomination only if they conduct services in English.”

Something similar happened with Paul and the leaders in the church at Jerusalem.

Paul had been planting churches among the gentiles (non-Jewish folks). Though their customs were different, their response to the gospel was the same.

At one point however there came a stink about whether or not the new gentile believers should become circumcised in order to really join the church.

This seemed ridiculous because it really didn’t have anything to do with the gospel. If a person were to choose circumcision as a preference that was one thing, but to disallow fellowship based on circumcision was another.

It would in effect be saying that circumcision saves you.

This was the heresy that Paul was defending the church against.

Paul was worried that the other Apostles might cave into pressure. So he took Titus with him. Titus was a young believer who had not been circumcised. Titus would force the issue.

It’s one thing to talk philosophy about an issue where the consequence doesn’t affect anyone in the room. On the other hand when someone in the room is affected by your decision, you better have a compelling reason.

Paul relays that history here to the churches in Galatia so that they will know that the issue has already been addressed in Jerusalem.

None of the Apostles saw a reason for gentile converts to be circumcised.

This was contrary to the message that the churches in Galatia were hearing from the false teachers. Paul also pointed to eye witnesses of the encounter. Paul’s gospel is the right gospel and new believers didn’t have to be circumcised.

In our day we’re not much different. There are still folks who like to add to the gospel.

I’ve been kicked out of places before because the gospel I preached didn’t include speaking in tongues. I was told you had to speak in tongues to be saved; seemed to me like they were adding to the gospel and when you do that… it’s no longer the gospel.

I’ve had others tell me that you had to be baptized to be saved. While I prize baptism (I’m a Baptist) I think they were adding to the gospel.

Folks are always trying to add something to the gospel.

It’s easy to judge myself by whether or not I’ve taken a drink or been baptized, but the real scandal of the gospel is that there was nothing I could do to obtain my salvation or keep it. Jesus did all the work, I responded by his grace.

When we take the work off of Jesus’ shoulders and place it on our own then we have created a false gospel. (tweet this) 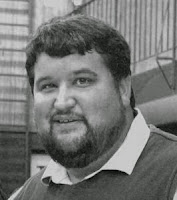 Jonathan lives in Pensacola, FL where he writes and speaks about leadership in family and ministry. He is a husband, father, and committed follower of Christ. He has over eighteen years experience as a student pastor. He has been a guest speaker in a variety of settings including student camps, disciple now events, student and college retreats, family conferences, and revivals. You can find more of Jonathan’s devotional, theological and biographical writings by checking out his blog,The Hill House.

Any and all comments, critiques, questions, or criticisms are welcome here. Your response does not require my approval before being posted. While I certainly appreciate your comments on Facebook, I would prefer that you also leave your comment here, just below this article. There are many people who do not visit Facebook, and cannot join in any discussion that may be generated by your thoughtful insight. Please consider leaving your response below--either through words, or simply checking the appropriate box that equals your reaction. Thank you.
Dale Hill at 5:00 AM
Share

Your comments are welcome here.
Feel free to critique, criticize, question, or otherwise make your voice heard in relation to this post.
I only ask that you keep it civil and appropriate to the post.
Thanks.